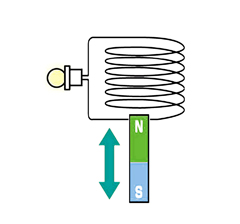 The "induction cities" project began with our conclusion that a city cannot be designed.

With what do you usually associate "city planning"? You may think of sketches of a shining city, the "Tokyo Planning 1960" montages, the maps of a city divided by color according to function, or tables of traffic volume estimates. But all such things are records of results-the picture-perfect completed city, the iconography of the end-result.ALGORITHMIC DESIGN

How, then, are cities or cityscapes talked about ?
They are usually perceived as an accumulation of events, a process of change, the overlapping of fragmentary sequences, or as existing in media networks or in people's consciousness.
One realizes, however, that such perceptions alone are of little use when attempting to actually create a cityscape.
One easily concludes that a cityscape is not something that can be created and then returns to descriptions of perceptions.
Nevertheless, while one is doing so, the city keeps on expanding and changing.
Facts create a city. Redevelopment, opening up of "new towns," and so-called Bay Area projects are in progress. The market economy outpaces recognition of the city that is coming into being. Then, by whom and by what criteria is the city being built? It is hard to tell.
This seems to go nowhere beyond the associations mentioned above.

And the discussion of perceptions of the cityscape goes on.
Talking about a city as changeable through whatever programs come along is no more than arguments simply following what is actually being built in accordance with commercial principles.
The real picture of cities today is that commercial software programs are simply laid over the hardware made on the basis of conventional structural principles.

This is evident if you go to the water-front districts on Tokyo Bay.
This new "sub-center" of Tokyo is divided into tidy grids, with rows of blocks separated according to function, filled with buildings that are totally unrelated to one another, and laced with pedestrian walkways-a familiar sight seen in "new town" cities for a long time now.
In that city, various kinds of intermittently-held events perform the role of "goodness" in terms of attracting great turnouts of people.
Girls in countless numbers move through the gridded networks of paths, carrying programs of the events that take place at random in the city.

There is a tremendous gap between the hardware (buildings) that become virtual relics of the past as soon as they are completed, on the one hand, and the software (commercial programs) that make and anticipate the present. It is possible to enjoy the gap, but there is little sense in creating new buildings that are immediately old. Something is wrong.

In a nutshell, no one knows how to create a city/cityscape.
Because they do not know, city planners plan the cities according to the textbooks. Building a city should be a project for creating a huge system.
They know that something is wrong, but end up giving priority to the existing system over their individual initiative because of the time-consuming and too-minute procedures required for decision making and execution.

What results is the dilemmas we now face.

The reason for the current dilemma is the absence of a method for recognition of what really needs to be done to be put into practice.
What we need is not critical perceptions of what a city is but a methodology for creating a city as well as a set of theoretical principles to buttress such a methodology.
We do not need a conceptual drawing of a cityscape at its completion or legal regulations or programs of events or pocket-sized maps, but a way of creating a city that embraces the dynamism of the city.
This search is the purpose of our project here.

A Methodology for the Cityscape: The Spontaneously-Generated City

The "induction cities" project has two features: it offers tools for visualization of concepts and provides a methodology for creating a cityscape.
The project we present here emphasizes the latter feature. In this perspective, a city is viewed as a kind of system.
The system is characterized by:

(1) many kinds of elemental units, some of which can be enumerated;
(2) a fairly large number of these units;
(3) partial relationships-or interactions-existing among the elements and their definability; and
(4) definability of the stage upon which those relations unfold.

A system with these characteristics is called a "city" here.
A city need not be a "physical entity built on the surface of the earth.
" Whatever conforms to the above-defined characteristics is a city, be that an actual entity, a computer program, or a set of network relationships. It is the extended city.
What kind of city you get depends on which of these definitions you apply.
Of course, a city is a whole made up of all these characteristics combined. But, simply putting them together makes the system into a kind of enigmatic "black box."
Even if you do not know what the relations are between input and output, if there are an ample number of tests, certain statistics will appear.
This is the essence of simulation. But that is possible only when you can evaluate output, which requires that an object of evaluation be selected. Selection is also removal. And here emerges the scientific method, which gains results by selecting one thing and removing others.

Complex-systems science, which opposes conventional analytical methodology, or reductionism, inevitably adopts as its specific means the traditional scientific methods of analysis, hypothesis, and verification.
Criticisms of reductionism that sound valid on the theoretical level immediately become impotent when attempts are made to create the world they advocate.
You cannot verify anything simply by meditating on it.
On the other hand, non-reductionist methodology is more like conventional design itself. An individual brain, a black box, may be made to correspond to the city that is itself a black box. Using the unfathomable to cope with that which is beyond comprehension is certainly a clear-cut method.
By this method, the inspirations of a genius could yield the best possible solutions to our problems.
The dilemma is that it is not easy to decide who displays genius. In assigning the task of building not just one building but the massive entity of the city, it is too risky to depend on some kind of game of toss to determine the difference between genius and insanity.
Obviously, then, a different method is more desirable for such a project. The analytical evaluation system might be another possibility, but the city is so complex that such a method would not be effective.
Since neither approach-the inspiration of genius or the system of analytical evaluation-is any good, we usually end up going back to conventional methods for city planning.

Probably the reason neither is any good is that we try to decide everything about the city all at once.
In designing a city that is constantly changing and expanding, it is of little effect to map out only one path or pursue a deterministic theory as advocated by Newtonian mechanics. What needs to be determined is not a complete picture or a set of rules governing the entirety, but the partial interactions among elements (above-defined characteristic 3).
Results are obtained by conducting simulations in an adequate number and volume (characteristic 2), and we must "read" relationships between the setting and the results.
The "reading" may be something like the inspirations or brainstorms of a great master or genius, but what makes it different from such inspirations is that the results can be reproduced and follow-up tests can be made. In that sense, the method is scientific.
Roughly speaking, the method will work to substantiate "inspiration."
It will be able to reduce the probability of "inspiration" turning out to be a failure. The scientific method will come nearer to engineering, and the great master's art will come closer to science.
The truly effective methodology for creating cities should lie at their intersection (characteristic 4).

Our project presents such a methodology. We do not specify what kind of city will be created using the method. In preparing the program, it is necessary, of course, to establish criteria for evaluation and decide what kind of city is a good city. But we do not present evaluation criteria for the entirety of city.
We only define the good qualities of some aspects of a chosen city.
If you try to determine the whole you invariably discover contradictions somewhere.
These contradictions have to be removed for the sake of the whole. So, partial adjustments and reorganizations are made. Some are selected and others are omitted.
The system that results is clear-cut but also monotonous. The vigor of city is thus lost.
To avoid that, we do not perform an overall adjustment.
A balance for the whole can be achieved as a result of the combination of partial interactions.
Our approach may be similar to the principles of the biosystem more and more of which is being understood through research on artificial life.
Living organisms are not governed by a grand designer.
Why does a living thing maintain integrity despite the absence of a grand designer ?
What guarantees its self-organization?
Clues to the answer to these questions are probably "number" and "overlap of relationships," or the requirements defined above under (2) and (3).

Small and simple relationships can become complex through their combination.
Even a simple relationship involves contradictions. As more and more relationships combine, therefore, they gradually grow intertwined like tangled threads.
If you pull the end of one of the threads, you find some unexpected place even more twisted and snarled, and as you try to undo that part, another place grows even more intricately tangled. Relations between the threads are simple enough: they are either intertwined or separate.
What is difficult to grasp is their entanglement as a whole. The situation gets even more complicated if the threads are very long or large very large in number.
Their relationships eventually acquire a state of deterministic chaos.

The desirable form of the city is simply an alternative.
Such a goal differs depending on what from you consider desirable.
What form you choose varies from one person to another, and according to the time and the situation the decision is made. Goals are adaptable.
Shown here in our project are "methods" by which to materialize a chosen objective.
Methods become meaningful only after they are paired with objectives. In designing a city, therefore, there need be certain devices besides the methods presented here.
The device concerns how to set objectives.

Objectives are images, and images are generated by the imagination. Imagination has the power to conceive a city not yet in existence, even before all simulations and all programs.
It is a feat best performed by the human brain, not computers.
This brings us once again back to the topic of design.
Designing is a combination of endeavors dealing with what can be programmed by computer-that which is describable-and what cannot be programmed.
Our "Induction Cities" project seeks to augment the former. The latter is the job of the human brain.
This is where the value of the brain that can conceive images is demonstrated.
A city cannot be designed, as I said at the beginning, and what I mean is that if it is a city we are talking about the meaning of "design" has to change.
The design of a city is probably an endeavor at inducing the spontaneous generation of a city.
That is made possible by brain/computer collaboration.There is more than one ideal city.
Probably there are as many ideal cities as there are human brains. The eleven cities proposed below are some of them.