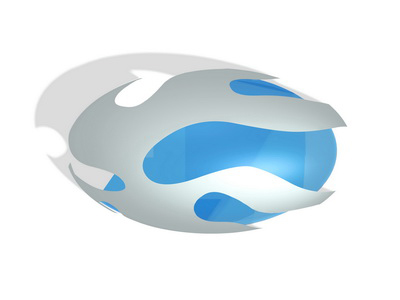 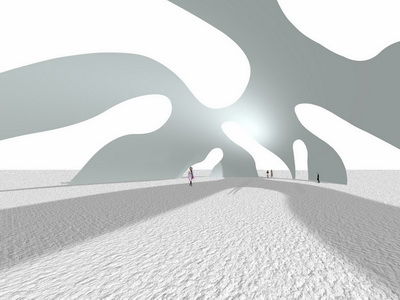 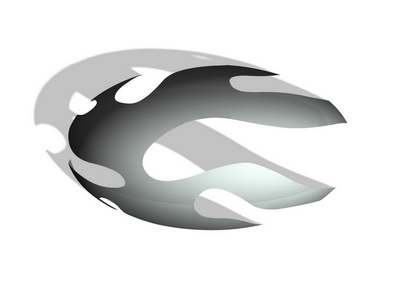 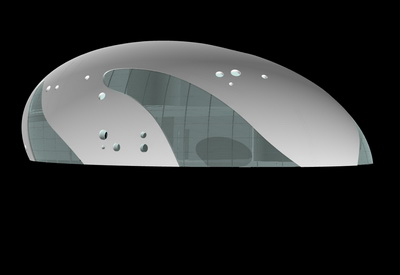 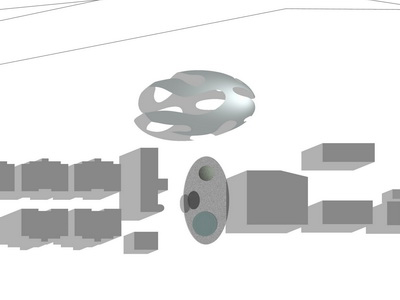 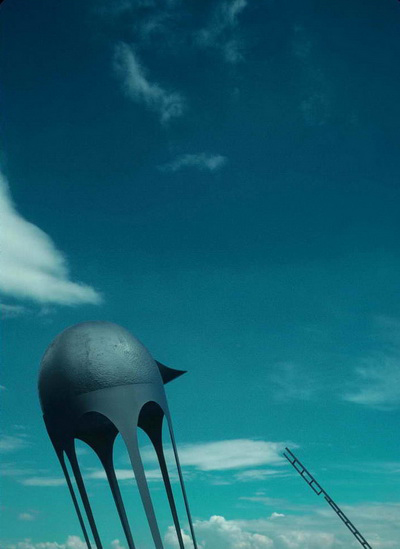 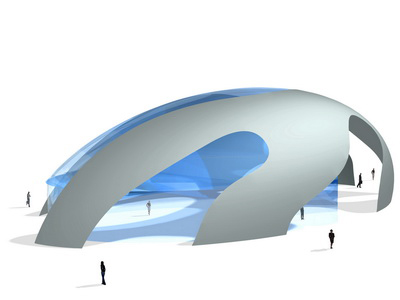 This is an office building in the city of T'ai-tung in southeastern Taiwan.

It begins as a gentle swelling in the ground.
Gradually the skin of the earth rises up, until eventually it comes to form a large, free-standing "domain" with its own interior space.
This architecture is the result of that process.

Incisions are made into the curved surfaces of the expanded skin. These incisions are irregular, but they work to preserve the structural balance of the architecture.
The pattern is bivalent in character, in that it is irregular but nevertheless obeys rules.

The origins of this architecture are in the 1987 project
" SKIN of the EARTH ".

In the "SKIN of the EARTH" project, the expanding skin continued to rise until the point of contact with the ground was stretched to the limit, as if it might rupture at any time.
Instead of as a structure to support the upper levels, the point of contact functioned more as a bond to anchor the automatically ascending bulk of the architecture to the earth.

DoMain is at an intermediate stage along the way to that state.
As it swells and rises, the architecture retains a certain amount of weight and is connected to the earth in a discrete but coupled way.
(co-architect： S.T.Yeh,Architects)