awarded work in the competition

TRANS/TRANCE CHAOS
From Tokyo to the Future 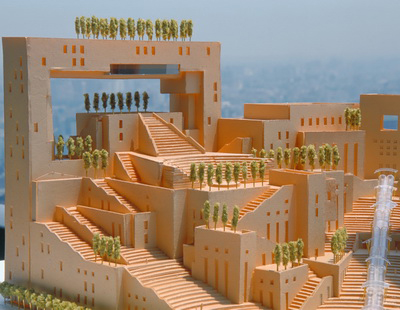 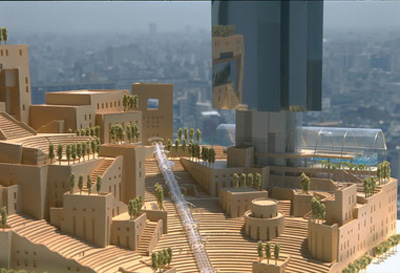 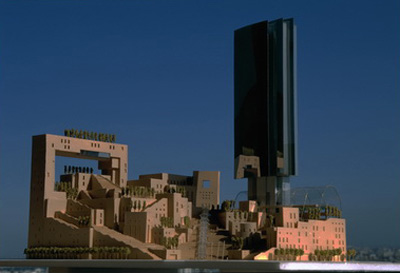 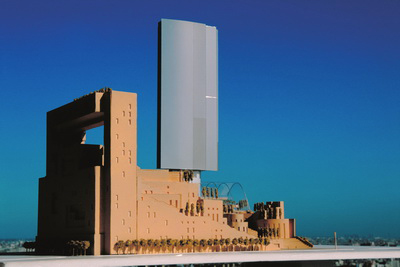 “Metropolitan Tokyo is in chaos.” This statement conjures up two images of Tokyo. The first is negative: confusion, the city in disorder.
This consideration of the metropolitan is convincing. The city in order is beautiful. Order is the evidence of rationality, derived from self-control and unity. No aggressive voice; modest design, and unity in colors, heights, and lines of walls. The gentle appearance of the quiet and calm city. To make these phenomena possible there has to be either assertive cooperation or strong control. We call this “beyond chaos or TRANS CHAOS.”

Tranquility, on the other hand, can lead to the stagnation of the metropolis. Quietly, the city awaits a heat-death—a suitable end to the aging society.

The other connotation of the statement that “Metropolitan Tokyo is in chaos” is positive: the Tokyo that creates by utilizing its high potential energy (while the chaos is taken as mere confusion). The city fascinates people with ever-changing appearance; it has a special charm all its own.

The unexpected, the sudden changes, its labyrinth of surprise, and shock––a shooting gallery for charged energy. It is a different world filled with the sense of wonder. This Tokyo is a prototype city for creation. This aspect of Tokyo can be defined as “into chaos or TRANCE CHAOS.”
Yet, the city of stimulus is at risk of turning into a place of instants: a forever transient city with no concept of stocking.

Chaos as a New Way of Order

The ideas above do not harmonize as they are. This, however, is not to suggest a choice between the two. Enter yet another definition of chaos.

Chaos in modern scientific theory is a type of order. Phenomena seen as chaos—such as the flow of clouds and the movement of crowds—have been regarded as things determined purely by chance, given the number of variables. However, these apparently chaotic phenomena do actually follow certain patterns and the very attempt to quantify them greatly influences their perception as things chaotic.

These phenomena are not based on a cause and effect that is linear, but on a dynamic relationship where effect is changed completely by subtle discrepancies in the initial condition of the variables. But that is the new order we are talking about, it is an order unnoticeable in daily life.

This new order is a structure common in the realms that are “complicated,” such as economics, biology and also the metropolis. In the actual world, there is no single law that explains all as in Newtonian physics. As long as the world exists, nonetheless, there must be a structure that can quantify the world in motion. The structure may not embody one principle that controls everything, but may consist of small sets of rules for the many different parts that make up the world. Relationships between the parts make up the whole.

If this is true, then there must be an invisible order or set of codes that operate the apparently disordered metropolis of Tokyo. Once we discover that order, we may then be able to use it. Until now, “order” in architecture has only been considered within its narrow context. But perhaps now, we may begin to consider the existence of an order that is capable of containing chaotic energy. Chaos not as disorder but a new type of order; this is the other definition of “into chaos or TRANCE CHAOS.”

The city in which disharmonic elements coexist: the city that holds multiple codes and value systems, the city whose color is neither black nor white, but both colors at the same time; it is neither–that is what this project intends to achieve.

This is a proposal that won the design competition for the Hyogo Prefectural Art and Cultural Center. This huge 150,000 m2 facility comprises public and private facilities: binding theaters, including a big hall with four stages, together with high-rise and commercial and amusement facilities.

Over and above a singular architectural structure, this facility is more akin to a metropolis. The concept, suggesting how the metropolis in the 21st century should be, asks how and in what form gigantic facilities relate to and form the metropolis.

The best way of building a group structure for a city, composed of facilities catering for different functions and natures, has not yet been discovered. Composite facilities in the past had been either in the form of groups of units, to which each a specific function was assigned, or collective units that included everything into one. There were no methods to bridge individual units into a whole. They either lined up non-correlated architecture in a row, or displayed everything in one big picture.

Architecture that is neither of the above; the city of facilities that hospitably bridges its varied parts and where freedom of the parts and order within the whole coexist, is what this proposed city is all about.

Each of the functions within the complex, such as the halls and commercial facilities, are not merely single buildings separated from the others, nor compose a single part of a big unit. The structures overlap and the complex is fused. At the same time, the structures are not merged—they overlap.
Various units of architecture occupy the space. They seem to be shaped and placed at random but are, in fact, ordered. They look unified but are diverse. In the process of exploring for this city, we simulated various factors of this city into computer graphics, repeatedly blew them up in the air and would then make them land on the ground again to evaluate the effect.

People walking around the city go up and down slopes and go in and out of buildings. They can choose many routes for the same action.

Architectural and design factors used in this city are limited to a certain variety, but this is not to suggest that there is any unity. The result is the gain of both individual freedom and harmony as a whole. The freedom may appear contradictory to order, yet the societies and cities of the future will not be able to exist without both elements. It is not a linear choice between one or the other— this city values the coexistence of paradoxical elements.

This is not a fixed, comprehensive plan; simply one stage of the cities evolution process. The view of the city from the window tomorrow morning may well be different from today’s.