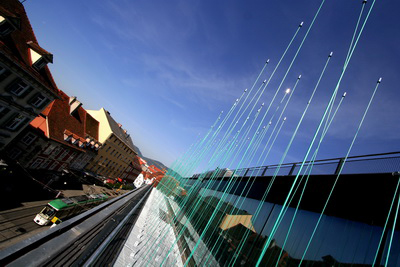 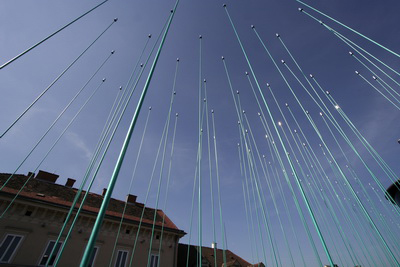 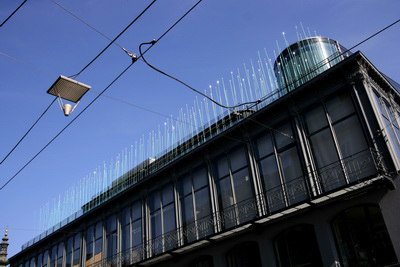 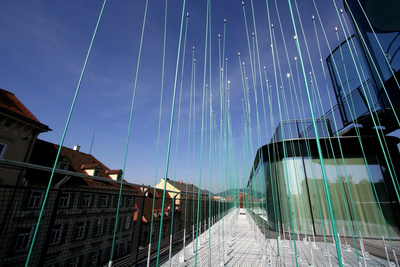 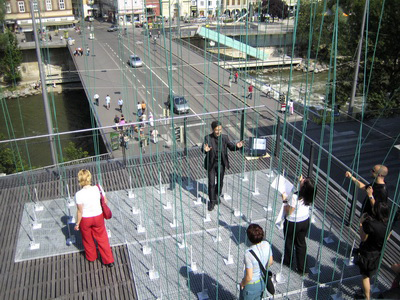 The movement of the work represents a visualization of wind, which normally cannot be seen, and the viewer, seeing this, experiences a sense of wellbeing. This work, however, does not evoke a speci c emotion nor does it generate taste, feeling or pain (although these are all possible). From this aspect, Watanabe’s work is similar to Kawamata’s but the difference lies in the fact that Watanabe’s work does not use a memory bank. Memories are unnecessary. What is used in this work is “nature”.

The rhythms of the natural world produce a feeling of wellbeing in many people. Think of a breeze, the sound of a waterfall, the changing shapes of clouds or the colors of the sunset (although there are always exceptions).
One can explain this by citing reasons such as the rhythms of change in such natural phenomena represent 1/f fluctuation or fractal-based patterns. On the other hand, however, an evolutionary biologist would probably say that, over the several hundred thousand years (or more) that we have lived with the wind, it is only those with brains that recognize the blowing wind or breeze as representing a sense of wellbeing who have survived.

That is why the movement of FIBER WAVE has a universal quality that transcends individual experience – everyone experiences a feeling of wellbeing. Although those who experience a sour taste in their mouths when they see a lemon are restricted only to those who have eaten a lemon, the positive feeling we experience at the swaying of branches in the wind does not require experiential studies. What is being used here is a “general program” that has been written into our DNA.
(Unfortunately there is not much wind in Graz and so there is a possibility that this movement might not be able to be seen. A virtual wind, however, blows in FIBER WAVE- II, the interior version)

A feeling of wellbeing represents the initial motion of this work - a quiet knock on the door. This is followed by “meaning” which slides in together with the throb of sensation. The “meaning” of seeing wind that normally cannot be seen - this marks the beginning of “perceiving” the outline of something which is there and yet which we are unaware of.

( From the catalogue of the exhibition: Time and Memory in Japan )